What is Tibbs Run Preserve? 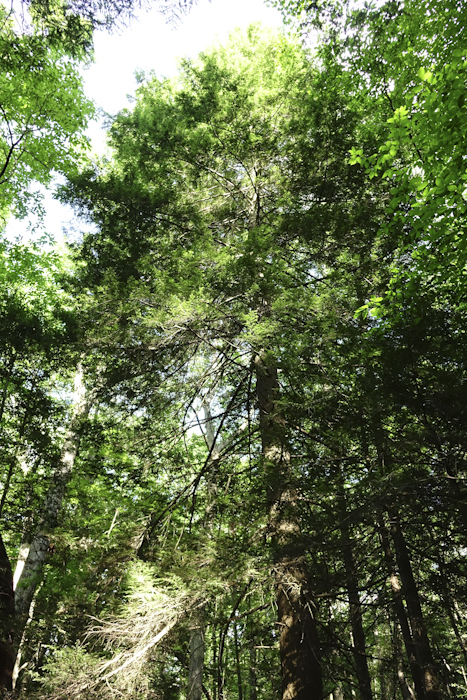 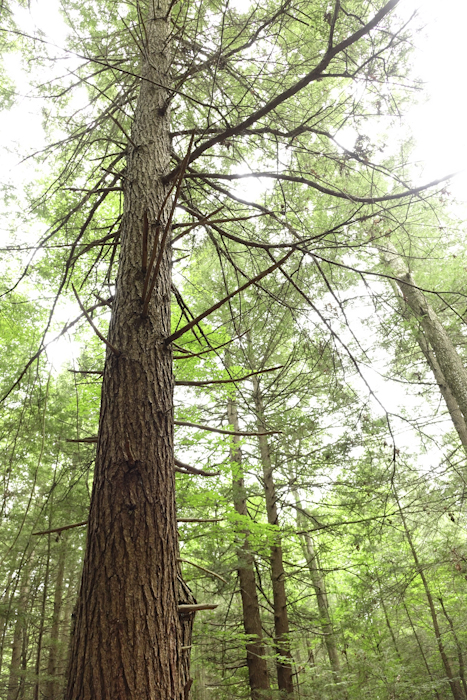 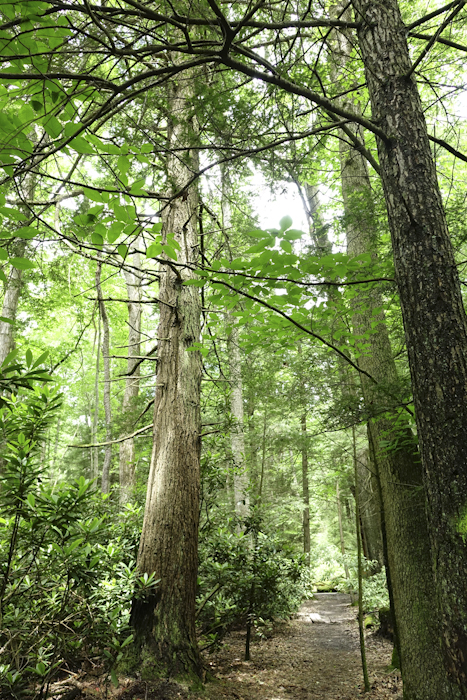 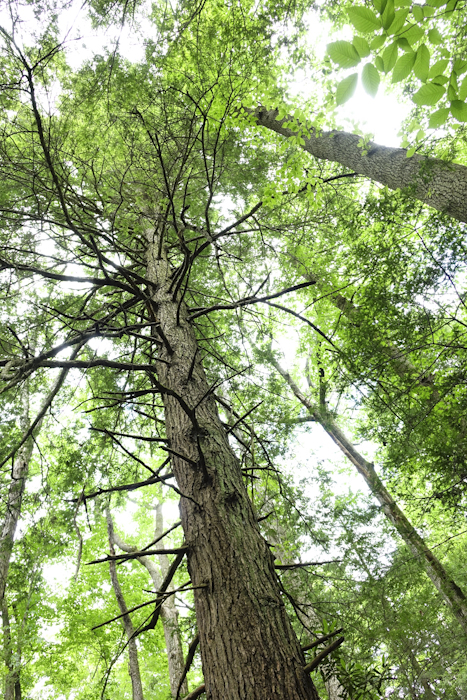 In 2017, the Board of Directors of the West Virginia Botanic Garden voted to add the phrase “at Tibbs Run Preserve” to the Garden’s name. This is significant for several reasons. Almost half of the Garden’s property is comprised of a mixed deciduous, hemlock and rhododendron forest. Trees as old as 250 years can be found growing here. As many of you know, Hemlocks are under threat from the hemlock woolly adelgid, an introduced insect that has laid waste to most northern Hemlock forests. We have a very significant and healthy population of the species and we have chosen to treat them and will continue to as needed. The Tibbs Run Preserve is home to a tremendous diversity of fauna and plants. Walking in this forest is a special experience. As many times as I have traversed the trails, I always find something new to discover and explore. A dear friend and long-time supporter of the Garden shared these words with me after a recent hike:

I was hiking the Tibbs Run Reservoir area for several years before it became the West Virginia Botanic Garden. I was awestruck by the beauty of the old, undisturbed forests and the signs of wildlife activity throughout. Following well-used animal paths, I discovered the scenic cliffs, marveled at the freshness of Tibbs Run as it flowed peacefully along, and had near heart attacks when I would flush a grouse. I found many places that wildlife used for food or shelter.

I was not too happy when the development that came with the Botanic Garden began, but on the other hand, having this beautiful area preserved was worth all the hard work that has gone into making the Garden the wonderful place it is. I am delighted that the name now includes Tibbs Run and acknowledges it as a wildlife refuge. It is that and a wonderful refuge for us humans also.

These very personal words illustrate the deep emotions that the Tibbs Run Preserve elicit. If you web search the words “Tibbs Run,” you will be directed to the area of the Garden. Many in the Morgantown area and the state as a whole have no idea of our location. The words now give us a sense of place and describe an important part of our mission, preserving this magical forest. 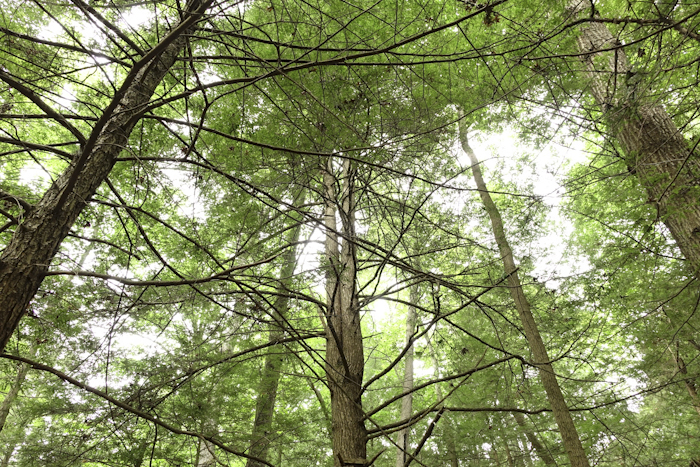 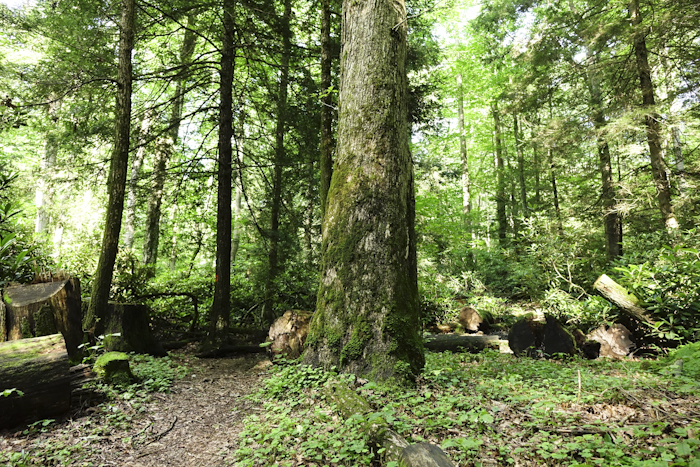 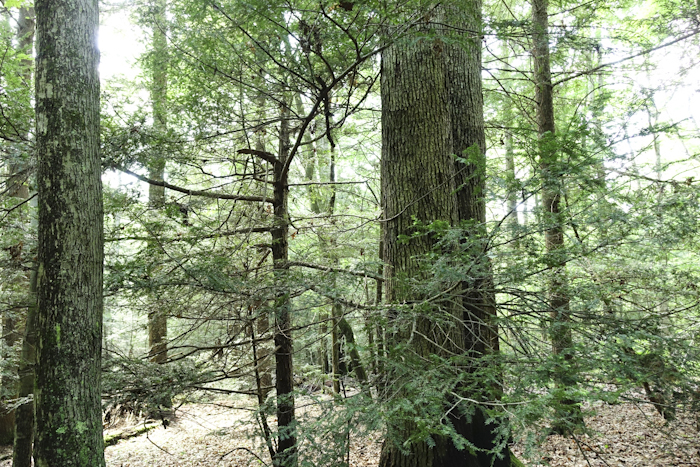 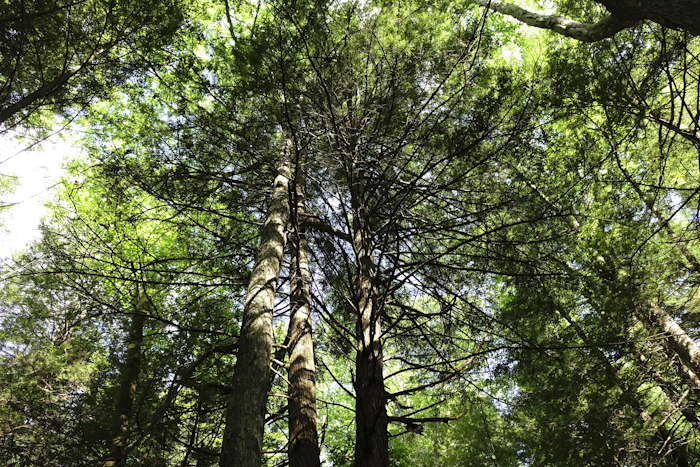 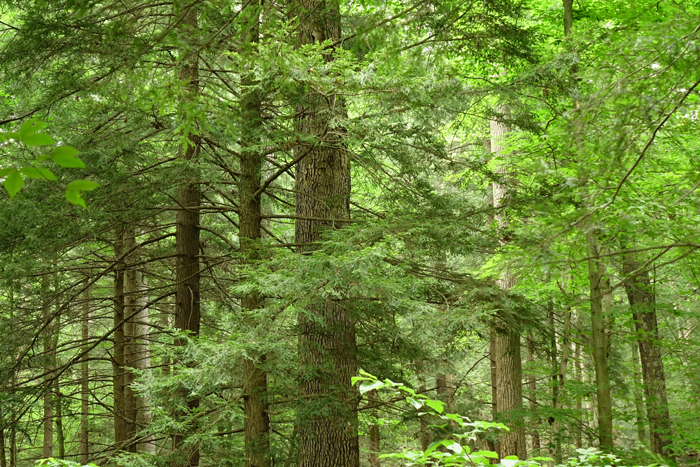 What steps are being taken to preserve this forest?

The days of many hemlocks (Tsuga canadensis) may be numbered but not all!  We have a gorgeous forest at Tibbs Run Preserve and our hemlocks are the crown jewels of that forest.  Thanks to the efforts of many researchers with the USDA Forest Service and the WV Department of Agriculture much has been done to further the possibilities of their survival.

Why do we care about hemlocks?  Their dense canopy shades and cools streams providing a very good aquatic habitat; they protect against erosion; the deep duff layer retains moisture and they provide an excellent wildlife refuge.  They are lovely ornamentals and in some places because they are so long-lived they have great historic significance.

The Hemlock Woolly Adelgid (HWA) (Adelgis tsugae) was imported accidentally from Japan and was first recognized in Richmond, Virginia in 1950.  In the 1990’s it exploded on the scene throughout the Eastern United States, devastating the forests of New Jersey, Virginia and other areas east of the mountains.  It rapidly made its way over the mountains and is found throughout West Virginia.  Luckily, it was not spotted in the WVBG until 2012 and treatment was initiated right away.

Our criteria for treatment includes healthy trees within 1 ½ tree lengths of our hiking trails and trees of ecologic importance such as shading streams and providing dense habitat in our forests.  Small trees as well as large old beauties were included.  In all, almost 700 trees on the east side of the reservoir basin were measured and marked and were treated with insecticide in 2012 and 2013.  Trees near streams were treated with an injection into the tree to avoid contamination of waterways. We have also treated hemlocks in the Rhododendron Garden, the Hidden Garden and the upper parking lot.

Another treatment option is the use of biologic controls.  In Asia, there are several beetles that feed only on the Adelgid.  Many of these have been extensively studied, quarantined and then released to slow down the ravages of this invasive insect. 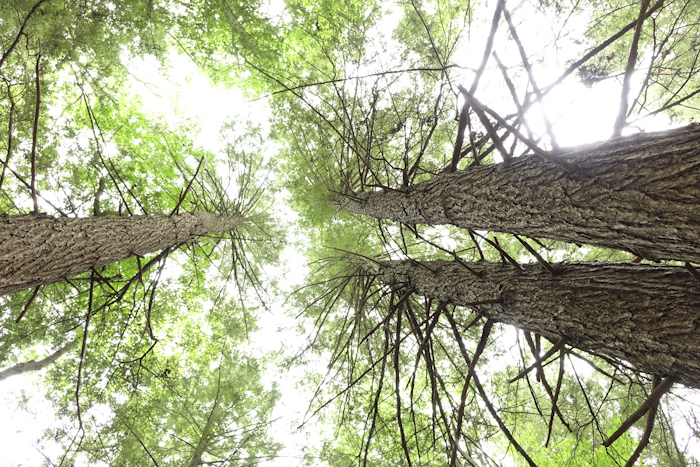 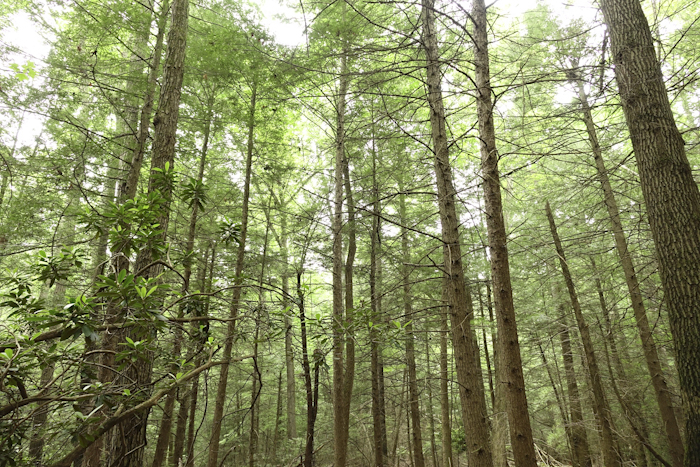 How do I recognize treated hemlocks in Tibbs Run Preserve?

All trees that have been treated for the Hemlock Woolly Adelgid are marked near the base of the trunk with a small metal number tag such as those pictured. 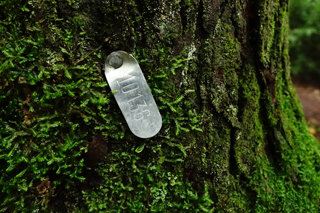 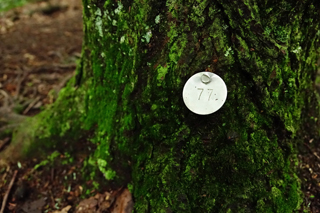