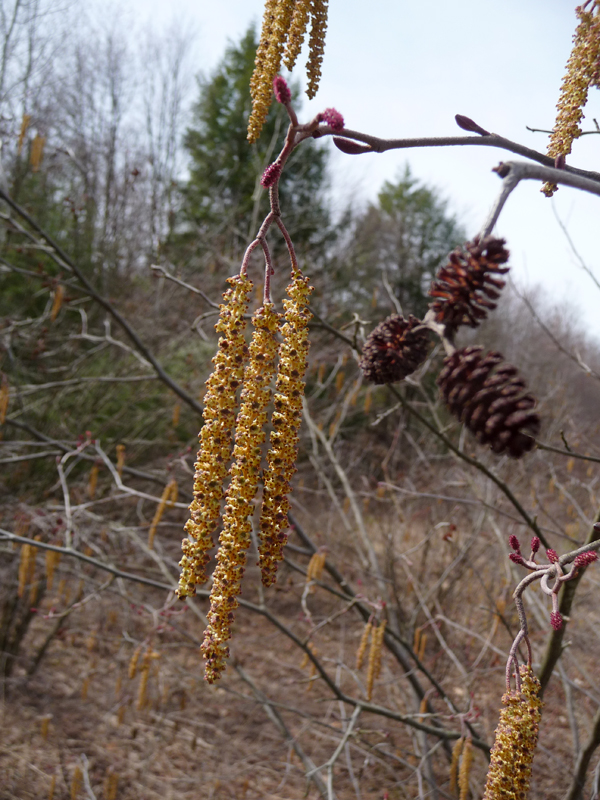 Catkins and strobiles of a brookside alder.
Photo by Erin Smaldone. 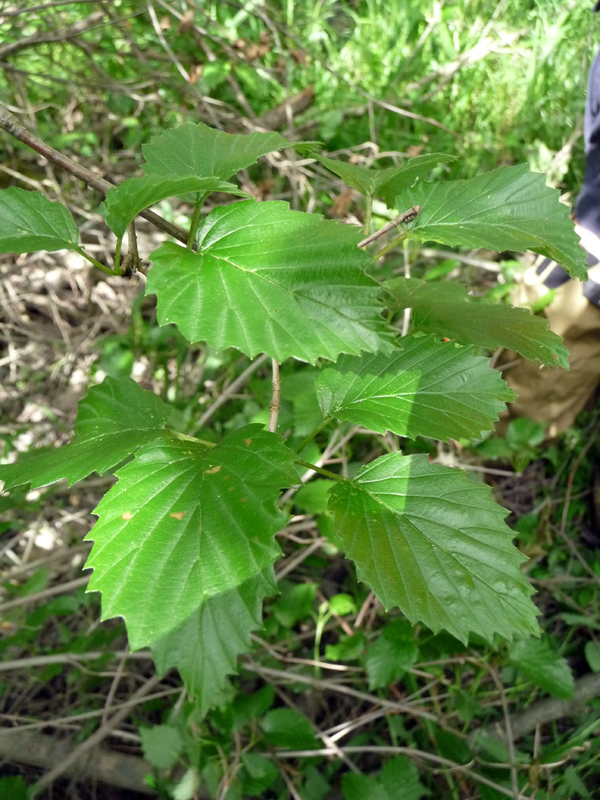 Botanic Garden visitors have many opportunities to enjoy the remarkable native shrub known as brookside alder, Alnus serrulata. This species thrives in soggy soils where most plants are hard pressed to find enough usable nitrogen for vigorous growth. Brookside alders typically have healthy, dark green leaves, while other nearby plants may look wan and yellow.

The vigor of brookside alder results from a mutually beneficial relationship with bacteria in the genus Frankia. Plants are unable to directly utilize the nitrogen gas (N2) that predominates in earth’s atmosphere. However alders deliver nitrogen from air and hydrogen in water to bacteria living in root nodules, where the bacteria create ammonium (NH4+), a key to green plant vigor. Alders provide
habitat for bacteria, and bacteria provide nitrogen in a form plants can use. (Some other plants, notably in the pea family, have similar arrangements with other bacteria.)

Brookside alders usually grow as shrubs with multiple stems. Mature plants are often six to twelve feet tall. The bark is thin, light gray, and smooth, giving rise to another common name, smooth alder. While the contrast between dark green foliage and light gray bark is visually pleasing, brookside alder’s reproductive structures are more distinctive. Drooping, cigar-shaped male catkins become two or three inches long in spring, release wind-borne pollen, and disappear. Smaller female “strobiles” resembling miniature pine cones become woody and may
persist for a year after opening to release seeds. Strobiles are thus a four-season aid in brookside alder identification.
Strobiles may be dipped in paint for use as earrings or other small decorations.
The strobiles are intriguing, but the landscape value of brookside alder lies primarily in its ability to flourish in wet
soil where other woody plants struggle. Look for this attractive native shrub in the reservoir basin area and along the
wetland boardwalk.

originally published in our Summer 2016 newsletter