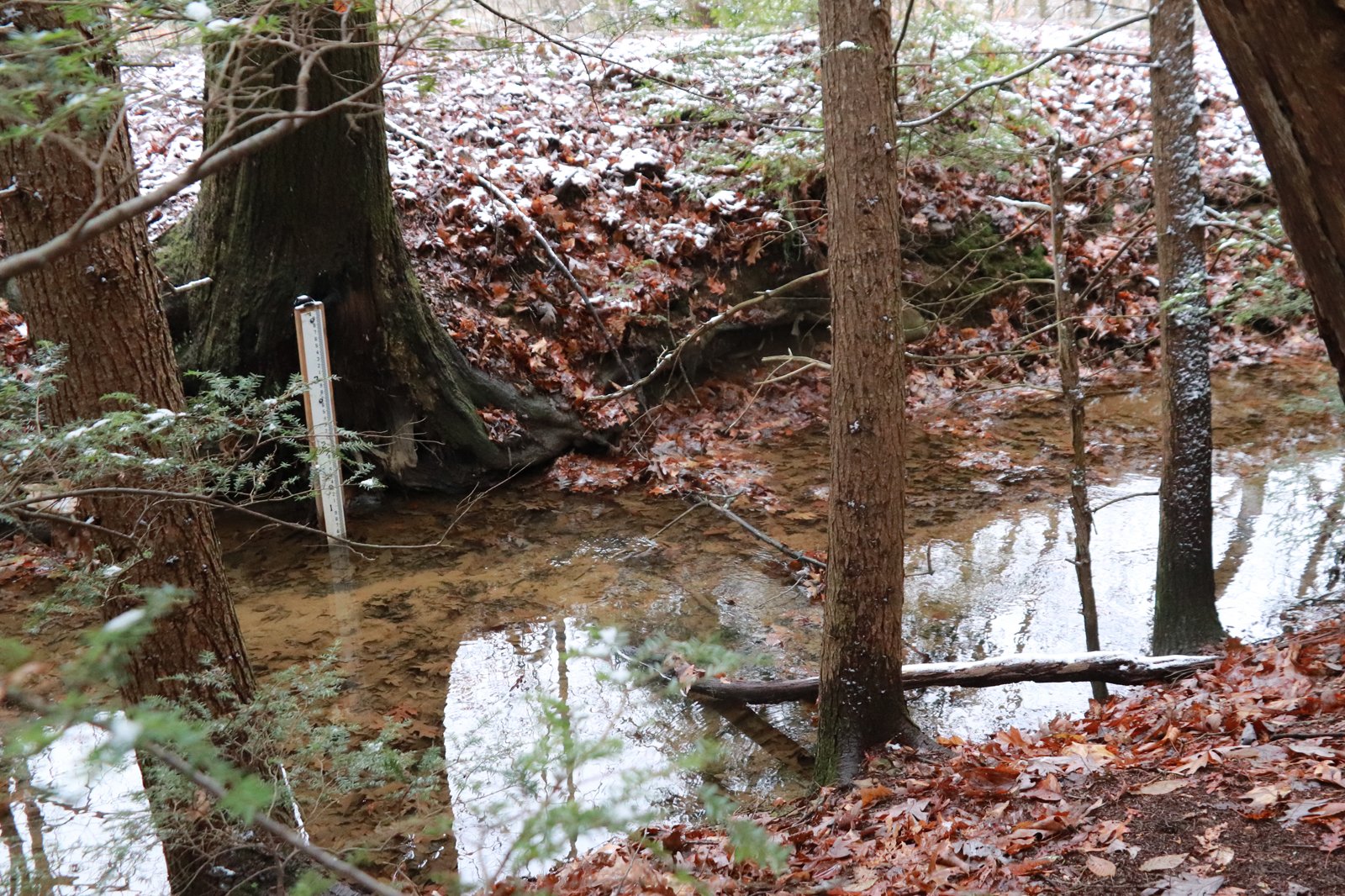 Necessary data was collected for the duration of the study by staff and volunteers from this gauge stationed in Jones Run.

The story of the West Virginia Botanic Garden starts with water. As the site of Morgantown’s first public water reservoir, the site has long been heralded for clean water. The Garden began management of the city-owned land on the banks of Tibbs, Jones, and Fields Runs back in 2000 and while botanic gardens are museums of plants, the story of water has been central to the organization’s development goals.

“We knew there was a special story to be told at the old Tibbs Run Reservoir site,” recalls George Longenecker, founding member, and the organization’s first director, “even though we are a botanic garden, telling the site’s water history and celebrating the unique water resources of this site have always been part of our identity.”

In 2016, a Master Plan was developed for the nonprofit that includes a vision for the former reservoir basin coined the “Habitat Gardens” that feature expertly designed ponds, wetlands, and streams that meander where the lake used to be. This spring, a year-long hydrology study to determine whether Jones Run could serve as the source of water for the Habitat Gardens’ wetland features envisioned in the West Virginia Botanic Garden’s Core Master Plan was concluded and planners could not be more thrilled with the results — there is sufficient water supply available in Jones Run which flows through the property to complete the plan.

Linda Bagby, a landscape architect and one of the Garden’s long-time board members has been eagerly awaiting the study’s completion. “I am delighted that our vision of developing the planned water features that will inspire and educate the public at WVBG is a significant step closer to reality.”

Even though 2019 was a dry year overall, the study showed that there should be enough water to support a new reservoir pond and wetland rivulets that will supply water to the current, but enhanced, pond in the reservoir basin. Now, as funding allows, a detailed engineering plan can be created that will delineate the process and specifications on how the water features will be built.  Once that is complete, and regulatory approval is obtained on the plan, a contractor or contractors will be sought to actually carry out the work.

The results of the study are documented in the 14-page Jones Run Flow Summary Report produced by Downstream Strategies. The report details the results of their on-site measurements, analyses, and conclusions.  The study was made possible through a grant made in memory of Frances B. Bowers and the George W. Bowers Family Charitable Trust. This report is available for download below.